Hey who turned up the thermostat?

Ok so we had a drought and then mostly a spring eat wave with two four-day stretches of above 90 degrees. Then came July. The wettest July on record and close to the wettest month on record. Hey it sure is nice to be retired. No washed out vacations for me anymore. Our local brooks and rivers swelled to low flood stage at least twice during the month. Summer levels in the streams and rivers here I have not seen since I first moved into the Suncook River valley in the early 1970's. Yes a very different July.
And what I am now witnessing was another freaky July happening. Our Red maple trees, AKA, Swamp Maples, started turning colors in July. Now that is just plain freaky. Nothing I've ever seen in my whole life living mostly in New Hampshire. Two weeks ago on my way to camp in Mane, Central Coast Maine, I spotted the red maples in a wetland, not far from the house my parents lived in when I was born in 1950, already turning color. I spent another four days at camp before coming home yesterday. Wow, that red maple swamp, I love the word swamp, was I very bold colors now. Nearly every tree was lit up in full glory. These are definitely not the colors you'd expect in early August. Normally here in Central New Hampshire we'd see some trees starting to color up in the wetlands come late August. I mean a limb her and a few branches there as you would scan across the wetland. And since I did that Facebook video some two weeks ago now lots of others around the state have stated they are seeing it there too. So something really, I mean really weird, is going on this year with our Red maples trees. And over the last ten days, it's not just the Swamp Maples turning, but high and dry trees with some branches coloring up already too. I'd like to hear an explanation for this by our forestry folks. This is way, way out of norm.
It got me thinking about being a wildlife biologist. While I have kind of kept my fingers on the pulse of Nature in New Hampshire for nearly 50 years as a wildlife biologist, and certainly before that as a hunter and fisherman and just plain "outdoor kid", it is the things "out of place" that catch my eyes. Trappers know to catch a weary fox you have to get their attention. Something usually not there to attract them to you trap site. So I figure I'd be an easy catch. What is different about what I am seeing, hearing or smelling. What's different and why? So as I study the wilds that I see I always wonder why it is that way and why is this or that different than I'm used to seeing .So what are the Red maple trees telling us about this year? And why? Why is this year so different. Is it a one time thing or will this be happening more and more? I have lots of questions right now about what is going on.
I have had the windows open, despite the 80 plus degrees and have been outside listening this morning. It sure is quiet. Upta camp at the lakes edge I did hear a cat bird calling for much of an afternoon. And a warbler spoke out a couple times but my mind failed me in registering just who it was. For the most part by day things are pretty quiet this part of August. Oh the night will be filling with song. The orchestra is just kind of warming up and tuning up just now. Soon night things will fill the night air just as the birds filled our mornings with songs in May into June. Maybe an afternoon cicada will offer some day time ZZZZZZZZZZZZZZZ.
Turkeys. 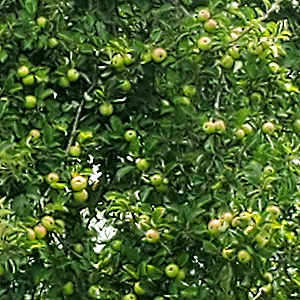 Well they just are everywhere right now. Down on New Hampshire's coast the 4,000 pairs of terns that nested there this spring into summer have mostly taken flight south. I spent an afternoon at the beach last week and saw not a one. In my two hour watch, I did see, kind of unexpectedly, two Monarch butterflies definitely headed south at waters edge. NOT what I thought I would see this early. They usually peak here in New Hampshire mid September in their southward migration. About the same time as the hawks. So that too was a bit weird. And over the last 30 years, and especially the last 15 I spent lots of days on the immediate coast pulling lobster traps once or even twice a week with a friend. So I have been watching things there for a while. I don't remember seeing any Monarch drifting south this early. There were 10 to 15 gulls about at the beach at any given time. Including the one that came from behind me and snatched the last bite of a tuna sandwich out of my hand as i raised it up from my lap for that last savory bite. I actually thanked him/her for doing that. So bold and cool of him/her. Only one of them was sporting a green leg band. Yes there is lots to see at the sea.
We are in for another run of 90 + degree days this week looking like it may be four in a row. Unlike the brutal heat waves in May and June while we were in a drought this one should not impact our growth as much since the ground is pretty well saturated now. We'll see. We'll see. I have the sprinkler all set up still in the garden if need be. And I don't think the worry of running the well dry with wateri 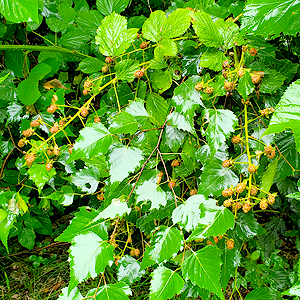 ng is an issue any more.
I'm see lots of apples on the trees here and in Maine. And the blackberry bushes were hung with green fruit. Again, I think thanks to our very wet July. So hoping that wildlife will have plenty of wild foods for late summer into fall. New Hampshire Fish and Game Department wildlife biologist will soon be out doing their annual assessment of  Mast Trees. That is oak and beech trees looking to gauge how the nut crop is looking. Plus across the state some foresters and volunteers provide further results. Also they will report the likely quantity of soft fruits like cherries, raspberries, blackberries and such. This survey has been done for a couple decades now at least along the northern east coast I think. Any ways a multy state effort to try to understand wild food production. I'll have my eyes cocked too.

2021-08-08
Call Your Senators to demand funding for the Land, Waters and Wildlife Fund (VIDEO)