Time to "moose" the candidates 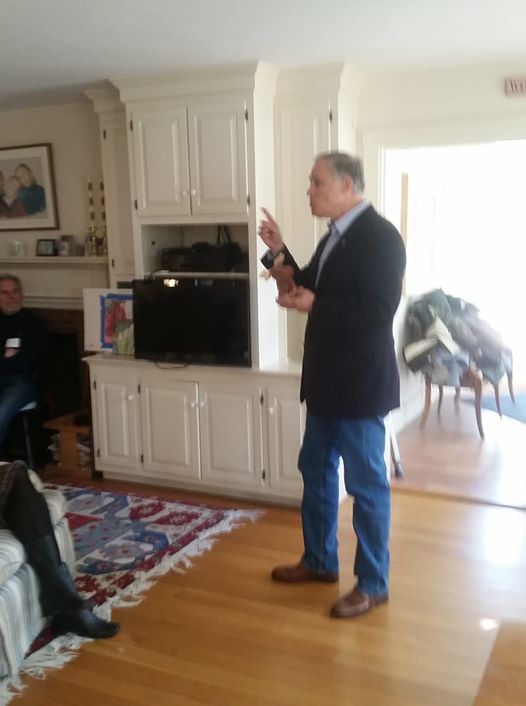 I was fortunate enough yesterday to get invited to a house gathering in Portsmouth for governor Jay Inslee of Washington State who is running for president. So I moosed him.

During the last presidential primaries four years ago I moosed all the candidates including Mr. Trump.

My goal was, and now is, to tell them how climate change is impacting NH’S fish and wildlife.

And our moose sure are an example of that. How things have changed in just these past four years for our moose. Moose are most impacted by winter ticks, which are climate driven.

Back then our moose population was down some forty percent to about 4,500 from a high of 7,600 a decade before.

So I called the NH moose biologist Kris Rines Friday morning for an update. More bad news. Our moose are now down nearly sixty percent to around 3,000 to 3,300 moose.

Looks like less than 50 moose hunting permits will be issued this year. Down 93 percent from the 675 permits issued just a decade ago.

We are loosing our moose at a rapid pace. A UNH population model I saw a couple years ago showed that given the current die off of moose, they will be essentially gone, in just over a decade. Save for a remnant population of a few hundred that scatter themselves so widely that ticks will no longer thrive.

Moose viewing is a twelve million dollar industry in NH. Good by to that and moose hunting.

read the note
View all NH Nature Notes for 2019