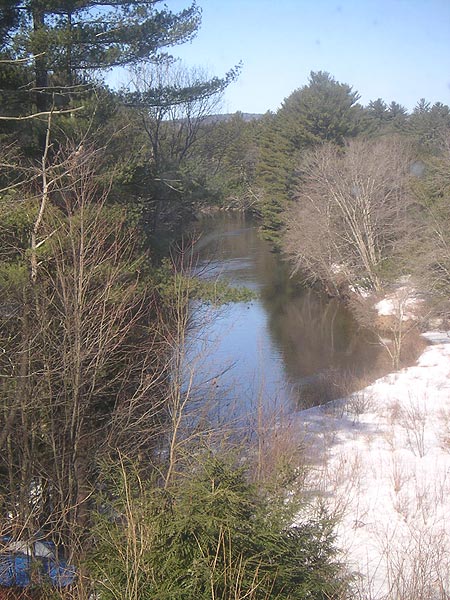 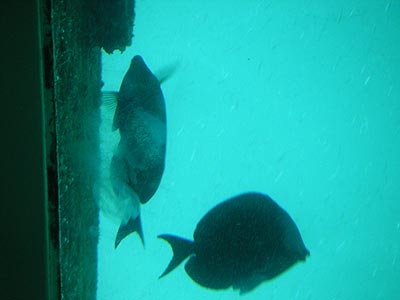 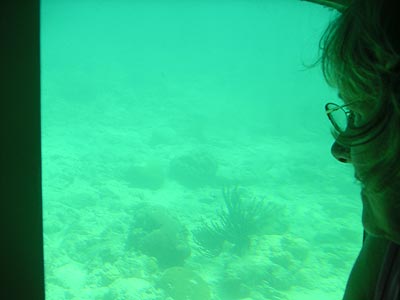 At last I have seen and heard some real signs of spring. Over the weekend I was in Concord near the Merrimack River (which is all ice free bank to bank) where I found myself in the midst of a flock of red winged blackbirds. I could see them flitting from branch to branch and could hear several although the near sounds of I-93 dampened my hearing. Not so for my wife, daughter and son-in-law who could hear a dozen or more simultaneously. My hearing is getting worse even with my hearing aids in. Crap. But there the blackbirds were all about and just a few minutes before a flock of robins flew across the road in front of me. Sap should be running though I haven't seen a bucket yet.

From my home office window the Suncook River too is ice free from bank to bank. And this morning I was greeted early on by the sight of a common merganser drake lighting up the waters surface. The river's surface has a slight bluish tinge to it though it is mostly brown looking. As far as my eye can carry me up the river along the adjacent corn field and grassy meadow the snow remains fully covering everything except for a small strip of earth along the far edge of the field tucked under the tall pines. No bare ground here for now. Winter's grasp remains full over most of the lands. But my huge snow piles have shrunk much in a weeks time.

Especially since I left on the 7th for 8 days in Aruba. Yes I made another winters get away to escape this harsh winter. Aruba is just a guaranteed place for perfect weather. You wake up and it is sunny and 80 degrees with a nice breeze. This lasts all day and into the evening. It felt so good to have an evening walk in shorts and short sleeves. My wife and I have been to Aruba four times now and never have been disappointed by the weather as can happen in Mexico. And there were birds calling by day and crickets by night. Let alone the iggies and lizards dashing about just out of my grasp. I have caught some huge iguanas down there in the past and was content to just touch a couple this time knowing full well that I could have caught them if I wanted to. Now the little lizards are another thing. They are just about impossible to catch.

I didn't get out on a fishing venture this time but did enjoy a sunset sailing cruise and went on a new boat adventure that was not there the last time I was there 4 or 5 years ago. This boat was called the Discovery Explore and is simply a deep hulled under water windowed vessel. Kind of like being in a submarine that doesn't dive underwater. You are transferred from shore the half mile out and north to this boat, then descend stairs into the bowls of the boat with rows of underwater ports on both sides. We then cruised over a reef filled with sponges, coral and fishes dashing about in every color of the rainbow almost touching the bottom in places. Then we nosed out to a WW-II sunken German freighter coasting by the hull at arms length. On the way out we were immersed in a huge school of what our tour guide called anchovies for at least ten minutes. These three or four in long silver darts scooted all around us with the entire school switching directions all at once as if driven by an electric current. All the while other fish looked INTO our vessel. We were the ones in a fish bowl it seemed. It was a real cool hour-long adventure cruising with the fish. I have snorkeled around this same German ship before. But this view was much wider letting you see a panoramic view as opposed to the narrow window of a face mask.

It is always great to get home. I also am amazed had how short a distance south from Epsom the no-snow line is. Driving up from Boston Saturday evening the ground was bare all the way up to South Manchester. But by the north side of Manchester the ground was white with snow and here in Epsom I have close to a foot and a half or more of snow on the ground still. This winter's rain/snow line from the many storms has been just to the south of us. Even the 12 miles to my daughters house in Concord the snow level is much higher than here. It's more like driving to northern NH most winters. Unless we have some freakishly warm temperatures or rainfall my guess is we'll still have white ground around here into the first of April and likely melting snow piles into May. Oh for the first smell of warm sun drenched damp earth. Oh for just a sense of an April moment.