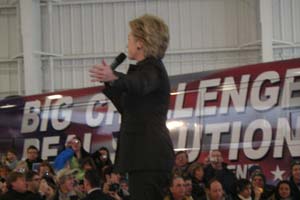 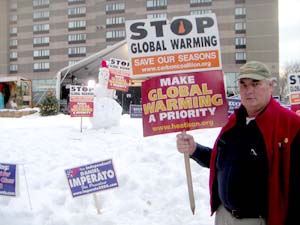 Yesterday parts of NH were in the 60's for primary day. In fact several records were broken across the state. What a day for a good old NH primary. Over 500,000 voters turned out for the vote shattering records there too. NH made history yesterday debunking all the polls and pundits. It feels great to be a part of it.

And what an election it was. One great thing about retirement is I for the first time fully participated in the primary season. And I mean fully. I shook the hand and talked to five of the top six contenders over the last few weeks. These were look em in the eyes type shakes with some conversations lasting a bit. I actually got to know the candidates first hand.

And what amazes me even more is how much I have taken this NH primality for granted the last forty years. Yes I have occasionally bumped into a candidate here and there over the years, but I never went out of my way much to meet them. And it was so easy. I had folks sit around me at these events from around the country who made special efforts to be involved. For instance on Monday I was at the Barley House in Concord for a Huckabee event getting there an hour early and was able to get a table inside and have a "Huckaberger" to the tune of $9.95 plus tax. It was made of bison and was pretty good. But not as good as the company. I sat with two 30 ish fellows who came up from Maryland for the week to get to know the candidates. These fellows took time off from work and families and traveled to see the candidates. By the way Mike Huckabee kind of swept past our table towards the exit when I mentioned to his wife who was trailing that I was an actual UNDECIDED independent voter. She rushed ahead to catch him before he exited to get him back to my table. He looked me in the eye, shook my hand and asked for my vote, not once, but thrice as we made small talk. Later that afternoon at a Romney event it was a couple from California who had flown in, rented a car and were making the rounds of the candidates.

It really was exciting to be wound up into the primary this time around. I have made many life memories from my efforts. I'll not take this opportunity as lightly again I can assure you of that. I did get down to Elm Street in Manchester yesterday afternoon to see the goings on there. The global warming folks, who I have come to know, had constructed numerous snow men lining Elm Street with global warming posters propped in their snowy bodies. How quickly they were melting as the temperatures flirted with the lower 60's. I joined the GW folks to watch the scene unfold all around. Candidate followers lined the Street as well waving posters as decorated cars drove up and down Elm Street with folks hollering out there candidates names. It was a wild scene. News media folks were every where it seemed as well. What a wonderful experience it was to be part of making history in NH.