Looks like the hunt went well with an overall success rate of 75 percent. 39 moose were taken including 29 bulls and 10 cows.

As usual and expected the success rate in Northern New Hampshire was considerably higher than further south in the state:

Henry says that moose hunters this year seemed to stay at it longer than past years with some moose taken on nearly the last day of the nine day season. All in all it was another very successful moose hunting season in New Hampshire. 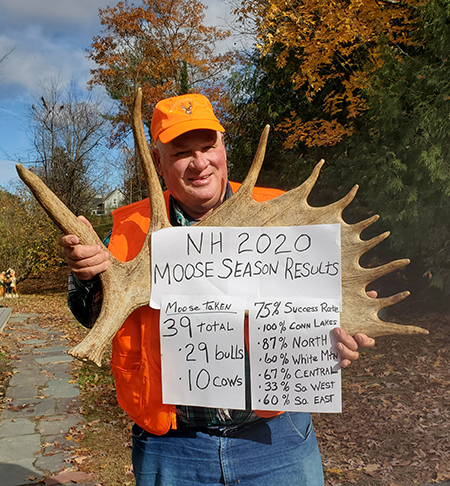