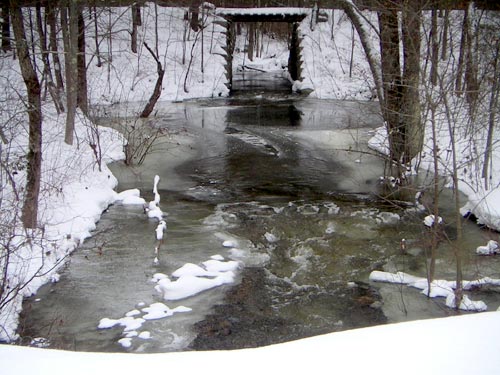 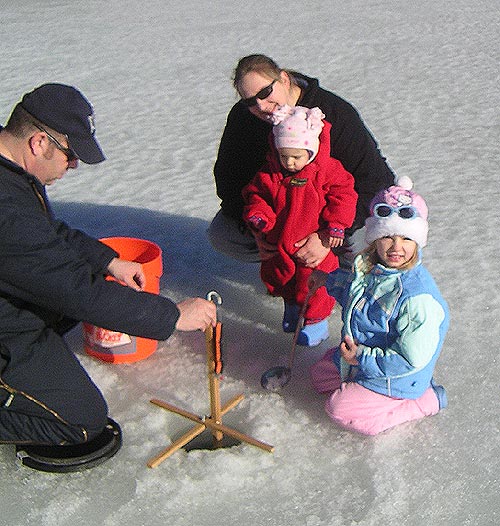 Other than the brief few days of very warm temperatures on Election Day and either side, this winter has been cold and snowy. Way colder and snowier than most in a decade. Two weeks ago the Merrimack River in Concord was completely frozen and appeared to be frozen shut for the winter. Well by this week when I went over the Merrimack River on Route 393 I was surprised to see it completely ice free. We certainly didn't have that much rain or a long enough period to melt it free in my mind. Then this week it came to mind that even the smaller brooks here in Epsom such as the Little Suncook River and Deer and Burnham Brooks are mostly open.

Something weird is going on this winter with the rivers and brooks. By now they should be completely covered over in thick white ice. But they are open or just have a skim coat of dark ice. I know for sure I'll be real careful out on any ice I'm on this winter unless we go into a real Arctic freeze for a week or more. And I guess some of that weather is headed this way for the weekend. I can't figure out if the earth was just warmer than usual from the long hot summer running into practically November that has kept the ground water seeping into the brooks warm so that ice has been slow to form or what. For some reason ice has just not formed as usual this winter.

I did get out ice fishing on a local pond this weekend with my daughter, her husband and my two little granddaughters. What a nice afternoon it was. Fishing was kind of slow, but some yellow perch were pulled in to the giggles of the girls.

I can see a whole bunch of what I think are fox tracks on the frozen Suncook River from my view on the hill overlooking the river. Not just one track but a whole bunch of them along the northern side. My guess is there is something dead down there that has pulled them in the last couple of nights. It is not far from a bank beaver den. A several hundred yard section of the middle of the river going up river from me remains ice free as well. This too is more open water than even the last two very mild winters.

I have seen a few deer tracks on some south facing slopes, but little else. We got close to another foot of snow on Monday. Very light powdery stuff. Thankfully the last two feet of snow melted down and settled a bit before we got the last batch. Still this is a very tough winter for our wildlife. I sure hope for an early spring.